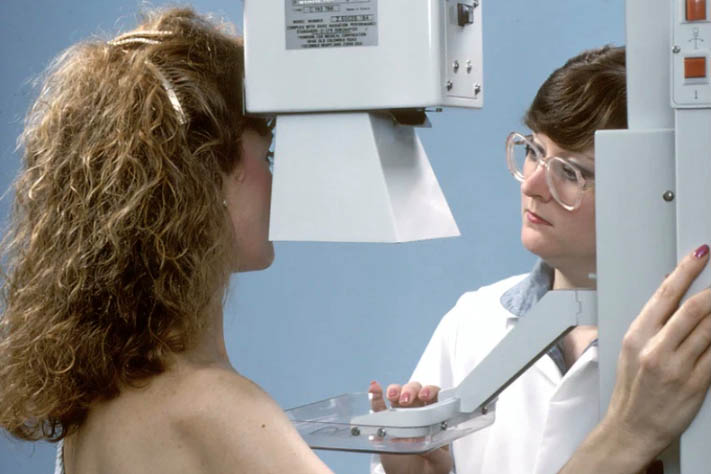 The mammogram that changed my life

How a breast cancer scare made me take stock and re-evaluate my outlook on life.

About a year ago, I started having some pain in my left breast and noticed subtle physical changes. Being someone who gets anxious easily when it comes to health issues, I knew I wouldn’t be able to relax until I got an “all clear”, so I booked myself in for a mammogram even though I’d had one less than six months earlier.

At the breast clinic I was asked whether I wanted a 3D image or the standard 2D one. I didn’t even know there was a 3D one. With 3D, images of the breast are taken from many different angles, while the 2D one just takes two images of each breast. I later learned about a 2016 study comparing 2D and 3D, which found that screening with 3D mammography increased breast cancer detection rates by about 40%.

Because all of my previous mammograms had come back clear, it was recommended that I get the regular one as I was considered to be low risk.

I’ve never found mammograms too stressful – you go in (without deodorant), get undressed from the waist up and stand in some awkward positions while each breast gets pressed between two plates and they quickly take the x-rays.

Some women worry about it being painful, but I only find it mildly uncomfortable, as any body part would be when it’s a bit squashed. And it’s over so quickly. I think dental x-rays are worse, to be honest. And getting your blood pressure taken.

I was finished in around 10 minutes and I didn’t think much more about it until I got a call the next day saying that they’d found something on the image that needed “further investigation”. As I tried to absorb the news, I felt a numbness wash over me, like I was slowly turning into stone. I couldn’t think of a single question to ask.

I had to wait two weeks for a follow-up appointment – the longest two weeks of my life. During that time I ate very little, while trying to stop my mind from constantly going into overdrive, imagining what my kids’ lives would be like without me. The anxiety was like nothing I’d ever known, but of course I had to try and act as normally as possible around the kids, especially as my daughter’s birthday was coming up.

Finally, the day came, and I was literally shaking and about to burst into tears by the time I got to the doctor’s office. Fortunately, I didn’t have to wait very long. This time, I had an ultrasound and within about 20 minutes, I had confirmation that everything was fine.

It was a cluster of benign cysts. Nothing needed to be done; I just needed to keep an eye on things and come back for annual check-ups. I cried tears of joy.

It wasn’t lost on me that many women, including some close friends, have not been as fortunate.

A renewed sense of gratitude… and arse-kicking

That little scare really made me re-evaluate everything about what’s important in life. I’d had a close brush, and I was being given another chance. I vowed to get my arse in gear: eat healthier, exercise more and stress less.

I’d do regular breast self-exams. I would not take anything for granted and I would stop complaining about the silly inconsequential things that happen in daily life. I also made a promise to myself not to say “yes” to people when I really wanted to say “no”.

It’s now a year later and I’m about to book in for another mammogram. I would love to bury my head in the sand, but I’m forcing myself to pick up the phone because I know getting an early diagnosis can literally mean the difference between life and death.

I’m lucky to have access to this screening, so I’m certainly not going to take that for granted. It’s scary, but the potential consequences of not doing it are even scarier.

Take responsibility for your breast health

It’s good to familiarise yourself with how your breasts normally look and feel at different times of the month. You can often catch changes by doing regular self-exams – you know your body best. There are even some clever apps like Know Your Lemons that can help guide you.

According to the charity Breast Cancer Now, common breast cancer signs and symptoms include:

If you have any of these signs or something just doesn’t feel right, please don’t ignore them – take control of your health and make an appointment with your GP.

And men, that goes for you, too! It’s rare, but men can also get breast cancer.

Finally, try to stay calm: according to the NHS, most breast lumps aren’t cancerous.

Have you had a health scare? Did it lead to any big life changes? Let me know in the comments!