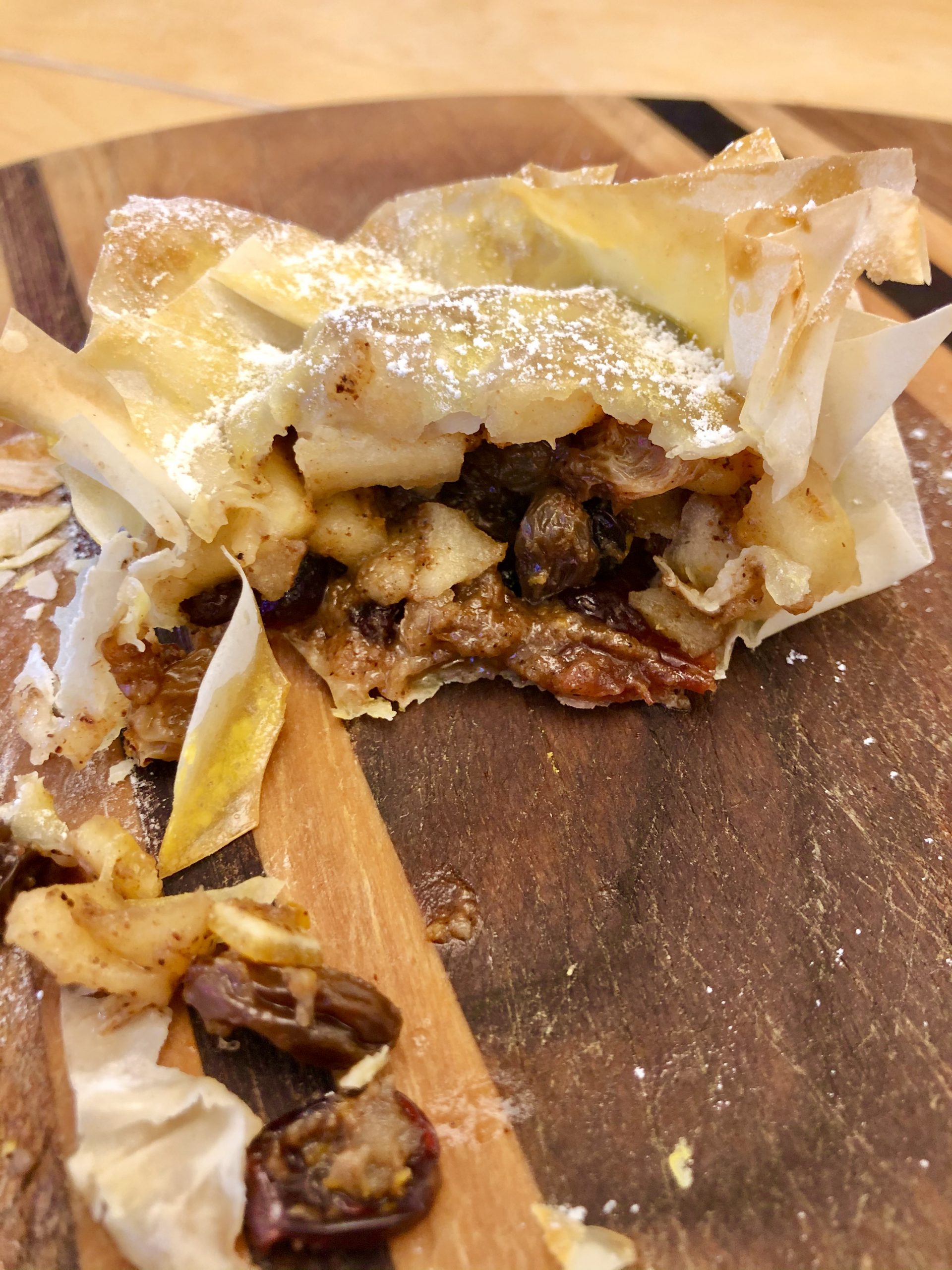 Why not try these delicious AND heart-healthy mince pies this Christmas?

To me, mince pies are synonymous with Christmas. This year I’m swapping the usual high-fat/high-sugar supermarket version with a heart-healthy recipe from the BHF. They’re amazing!

Mmmmm, I love a mince pie at Christmas time. I usually buy a box too early, end up eating the whole thing a week before the holiday itself, and then rush out to the supermarket at the last minute to get some more.

This year was no different. True to our nature, my husband and I scoffed the lot the weekend before Christmas while bingeing on Netflix (have you seen The Queen’s Gambit?! OMG).

As much as I loved the pies, I did notice this year that they seemed almost sickeningly sweet – perhaps because I’ve been more mindful of my sugar intake lately. Rather than buy a box of the same and put my insulin levels through yet another roller coaster ride, I thought it might be a better idea to look for a healthier substitute.

It didn’t take long to find a recipe on the British Heart Foundation’s website, along with recipes for three other heart-healthy Christmas treats. Traditional mince pies are high in calories, saturated fat and sugar because of the pastry case, as well as the suet and sugar in the mincemeat filling, the BHF says.

One of the benefits of baking your own healthier version is that you can substitute the usual pastry case for a lower-fat pastry like filo. Or, if you really want the traditional pastry, you can leave the top open and just cut out a star shape to put over the top, rather than covering the whole top.

Although the BHF’s mince pies are still high in sugar, almost all of it is from fresh and dried fruit rather than added sugar, which is the kind that’s most damaging to your health. And the filo pastry has around 3% fat rather than the regular shortcrust pastry, which has around 30% fat.

The best part? They’re absolutely delicious. This is the way forward for my family’s Christmas treats. I can’t wait to try the BHF’s other holiday recipes.

As I’ve mentioned before, I generally stick to quick and simple recipes, and this definitely fell into that category.

Finely grated zest and juice of ½ a large orange

1 small egg yolk, beaten with a splash of cold water

*I couldn’t find dried blueberries, so I used dried cranberries instead, which gave the pies a tangy kick. If you prefer sweeter and you can’t source dried blueberries, I’d suggest trying dates, sultanas or just using another 50g of the mixed dried fruit.

The pies can be kept in an airtight container for up to 2 days and warmed through in a hot oven for 5 minutes before serving. To freeze, cool the cooked pies and pack in a rigid plastic container. Re-heat from frozen in a hot oven for about 10 minutes, lightly covered with foil.

I’d love to hear what you think of this recipe if you try it!